I voted today – While I do not make it a habit of talking politics here (ie: this in no way is meant to spark any kind of debate – and comments that I feel are not in the spirit of the post will be deleted…) I simply feel its important to stand up and say that I am proud to take, what I believe is a critical duty of all citizens, very seriously and have voted in almost every election since I was 18.

I was blessed with a family who taught me that my voice and my thoughts matter, even if my thoughts were in conflict with theirs – which can make for some interesting Thanksgiving dinners.

We are all different and have different points of view with the freedom to express them and that is what really makes America truly great. Unlike many around the globe… right now we have the freedom to have an opinion and to freely express it without fear. I can disagree with a friend and still have a cocktail with them at the end of the day. I can peacefully protest against things I disagree with without fear. I can open my mind and see the world through someone else’s eyes if I take the time to educate myself on points of view that don’t necessarily match up with mine, instead of blindly believing what I am being told in 30 second sound bites.

I keep going back to one of my favorite movie speeches ever :

——-      “America isn’t easy. America is advanced citizenship. You gotta want it bad, ‘cause it’s gonna put up a fight. It’s gonna say, You want free speech? Let’s see you acknowledge a man whose words make your blood boil, who’s standing center stage and advocating at the top of his lungs that which you would spend a lifetime opposing at the top of yours. You want to claim this land as the land of the free? Then the symbol of your country can’t just be a flag; the symbol also has to be one of its citizens exercising his right to burn that flag in protest. Show me that, defend that, celebrate that in your classrooms. Then, you can stand up and sing about the “land of the free.”   ——-

While we may not all agree on certain points of view… we all have the right and I believe the civic duty, to vote. My state allows us to vote by mail and even sends us a no postage required envelope to ensure there are as few barriers to be heard as possible. I know it’s not that way in some other states and its not as easy as just sitting in pjs on a Saturday morning sipping coffee and filling out a ballot. I hope everyone reading this takes the time and jumps through whatever hoops necessary to let their voices be heard and vote for what you believe we should be as a country.

Our system only works if we honestly educate ourselves on the true facts, engage and participate. Otherwise laws and rules and taxes aren’t being decided by the people. And our representatives don’t actually represent us…. they represent only the people who actually voted and many times it’s the minority because people don’t believe their vote counts. Believe me… it does. Please vote and don’t go unheard, or misrepresented in the country we love so dearly. 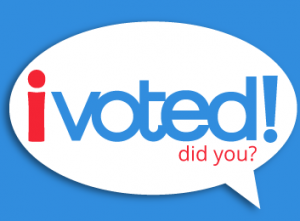 Previous ArticleIts not just a theme park… Its ‘ohana
Next Article Everything’s Coming Up Purple!